Off
Off
Off
Writing Black Women’s Early Spiritual History

This course introduces students to the political, cultural, and historical aspects of eighteenth- and nineteenth-century black women's spiritual identity, and they ways in which they defined "spirituality" and "religion." It does so by exploring the origins of black women's religious and other worldly voices and experiences, through readings in various genres of literature and orature from history, literary criticism and theory to spiritual autobiography, political treatise, speeches, sermons, memoirs, letters and journals. Thus, we read their works to consider the significant role that spirituality played in the development of their intersecting social, political, and religious worlds, and most importantly in early black women's literature.  We read autobiographical writing, sermons, history, and literary criticism and theory to reflect on the extent to which black women articulated their progress and empowerment and simultaneously challenged class conflicts, as well as patriarchal and racial limitations and oppression in terms of their faith. Course Requirements include three section quizzes, daily discussion worksheets, and a final group presentation.

This course looks at the careers and work of Jay-Z and Kanye West from three perspectives: (1) Where do they fit within, and how do they influence, the history of hip-hop music? (2) How is what they do similar to and different from what poets do?, and (3) How does their rise to both celebrity and corporate power relate to (and possibly change) what we understand as the American dream?

Off
Women and War

This class will examine women’s role in wars around the world in the mid-to-late twentieth century.  We will look at the way in which women’s experiences of war have ranged from being targeted or victimized to being active participants in warfare.  We will also discuss the impact of war on intimate relationships, including problems with PTSD, and analyze connections between nation building, war, and notions of masculinity.  We will we be reading contemporary fiction about wars around the world, including Africa, India, Europe, Japan, Iraq, and Palestine.  The novels we will read are S. by Slavenka Drakulic, Ibtisam Barakat’s Tasting the Sky: A Palestinian Childhood, and Kazuo Ishiguro’s A Pale View of the Hills.  We will also read from the anthologies Women and War: An International Anthology and selections of essays from Martha Gellhorn's The Face of War.  Please note:  Some of the materials in this course will be graphic.

Off
Blues and Jazz Aesthetic

In their significations as music, experience and condition of existence, and a vernacular way of conceiving and contemplating beauty in works of imagination, blues and jazz have deep and complex roots in African American experience, history, and culture, although their content and form track back (indirectly) to Africa and Europe, and their influences are now global. For decades, especially since the New Negro Movement or Harlem Renaissance, African American artists, thinkers, activists, and literary theorists, in this case, have recognized and tapped into the stupendous expressivity of the two entwined cultural forms, employing them in astonishing and multilayered fashions in their political, creative and philosophical projects. In this course, then, we will explore blues and jazz, purposely conjoined here, as a polysemous idiom in twentieth- through twenty-first-century African American literature and culture. In addition to charting the histories of both genres, sampling blues and jazz music proper, and engaging with blues and jazz theories, our main goal is to consider the depth to which this aesthetic can help us illuminate the contexts, themes, and styles of select African American polemics, poetry, short stories, novels, and plays from the Harlem Renaissance to the present. Of particular interest to us will be interconnected ideas of “blue note,” “democracy” and especially “improvisation” which are seen as key elements of both forms.

Off
Race and Gender in the Films of Spike Lee

Spike Lee is easily the most important contemporary black American filmmaker. In the tradition of alternative black filmmaking, Lee’s films have consistently engaged controversial issues of race and gender in American society and among African Americans. This course will examine these issues in selected films from 1986-2014. Framing Lee’s films in the larger contexts of evolving racial discourses and race theories, we will focus particularly on Lee’s reliance on elements of popular culture and how these inform and influence racial and gendered representations in his work. For example, how does the hip-hop aesthetic embraced by Lee influence our readings of the film texts? Film screening will include She’s Gotta Have It,  School Daze, Do the Right Thing, Jungle Fever, Clockers, Girl 6, Bamboozled, She Hate Me, Inside Man, Miracle of St. Anna, and Da Sweet Blood of Jesus. Texts will include: Paula Massood, The Spike Lee Reader; Janice D. Hamlet and Robin R. Means Coleman, Fight the Power; and articles on Blackboard.

Off
Languages of Africa

This course is a comparative study of texts about uprisings within black communities in the Caribbean and the US. It studies these texts across a historical continuum that begins with the Haitian Revolution in the eighteenth century and ends in the twenty-first century, with the uprising in Ferguson, Missouri. We will study a variety of texts, which include novels, historical accounts, films, newspaper articles, and blog posts. The course’s goal in examining these texts is twofold: to trace how these historical events are represented in various media across history and to learn how to make closely read and researched arguments about political and civil uprisings within African descended communities in the US and the Caribbean.

Off
Off
Off
New Black Iconoclasm

Kenneth Warren’s provocative claim that “the collective enterprise we know as African American literature or black literature is of rather recent vintage,” serves as a point of departure for this seminar’s inquiry into contemporary African diaspora studies (What Was African American Literature 1). What (if anything) does Warren’s assertion of the past-ness of African American Literature offer us for understanding African Diasporic texts? What (if any) are the social, political, and economic impetuses and imperatives of the current moment of race-based literary studies? In this seminar we will examine authors and texts that are puzzling in their sometimes-irreverent rejection of the beliefs, institutions, and practices normalized in African diasporic discourses. Paying close attention to both the formal structures and the socio-historical, cultural, political, and intellectual backdrops of African diasporic literary studies, we will work towards a comprehensive understanding of the contemporary moment in African diasporic discourses.

This graduate seminar focuses on Toni Morrison’s first seven novels, The Bluest Eye, Sula, Song of Solomon, Tar Baby, Beloved, Jazz and Paradise, and on “Recitatif,” her only published short story to-date. A recipient of the National Book Critics Circle Award, the Pulitzer Prize, the Presidential Medal of Freedom, and also the first African American writer, indeed the first black woman, to win the Nobel Prize for literature, among her other honors, Morrison (1931-) has arguably commanded more scholarly attention than any living American writer in the past three decades. In “Aesthetics and the African American Novel,” however, Marc C. Conner notes that many Morrison scholars emphasize her politics over her art. Invoking also her interventions in Playing in the Dark: Whiteness and the Literary Imagination and What Moves in the Margin: Selected Non-Fiction, among her other writings, lectures, and interviews, we will ease that content-form tension by placing Morrison illustratively at the center of the politics-versus-aesthetics debate that seems to hobble but actually constructively shapes the various epochs in twentieth-century African American literary history. Thus, while we will examine the themes that dominate Morrison’s canon, students will also have the opportunity to explore, in class discussion and their seminar papers, the focal works relative to the numerous conceptual, theoretical and critical registers—Afrocentrism, vernacular, EuroAmerican, mythology, (post)modernism, psychology, historiography, genre, deconstruction, dialogism, intertextuality, feminism/womanism, Biblical studies, folklore, music, etc., etc.—with which Morrison’s works are imbricated. Students will also be welcome to write papers that persuasively situate any of our focal novels in dialogue with any of Morrison’s later novels (Love, A Mercy, or Home), OR essays that convincingly read Morrison in dialogue with other writers, African diasporic or mainstream.

Off
Folklore and Fetish

This seminar will focus on the fetish as an analytical trope for critiquing Folklore Studies.  We will begin by exploring the diverse disciplinary definitions of the term “fetishism,” teasing out the core elements. We will next consider the potential insights to be gained by applying the concept as a theoretical lens through which multiple aspects of culture and personality can be analyzed, in specific, writings about groups that are culturally “different.” In applying theories of fetishism to folklore, we will focus on three dimensions. First, in what ways does folklore methodology  (including schema, taxonomies, etc.) reflect fetishistic impulses? Second, in what ways do folkloristic representations of particular groups reflect fetishism? How does the very impulse to study others suggest fetishism?  Third, what fetishistic mechanism can be seen operating within the folklore of particular groups that influence their presentations and representations of “others?” In as much as fetishism is linked to colonialism and the invention of “race,” these concerns are inherently connected to discourses such as postcolonial and transnational theory that strive to understand and articulate fundamental political and social dynamics between institutions, ideologies, and people of differing classes and ethnicities.

Postcolonial theory began in literature departments but quickly spread across disciplinary boundaries to eventually impact much of academia.  Today, it is considered an indispensable part of graduate students' theoretical "tool kit" in many departments.  This course will provide an overview of its (often contested) terms and ideas, key thinkers, and recent intersections with transnationalism and eco-criticism. First, we will discuss the history of European colonization and the kinds of rhetoric used to justify colonization, as explained in David Spurr’s The Rhetoric of Empire.  We will then move on to discuss the field of postcolonial studies, becoming familiar with some of its main terms, such as diaspora, decolonization, hybridity, the subaltern, and settler societies.  We will read John McLeod’s, Beginning Postcolonialism and selections from Postcolonialisms: An Anthology of Cultural Theory and Criticism.  Finally will discuss the economic underpinnings of neocolonialism, reading Invested Interests: Capital, Culture, and the World Bank, and look at postcolonial thinkers who are redefining eco-criticism, such as Upamanyu Mukherjee in Postcolonial Environments.  This course is useful for anyone interested in becoming more fluent about issues of race/ethnicity, globalization and social justice, and the history of imperialism and resistance to empire. 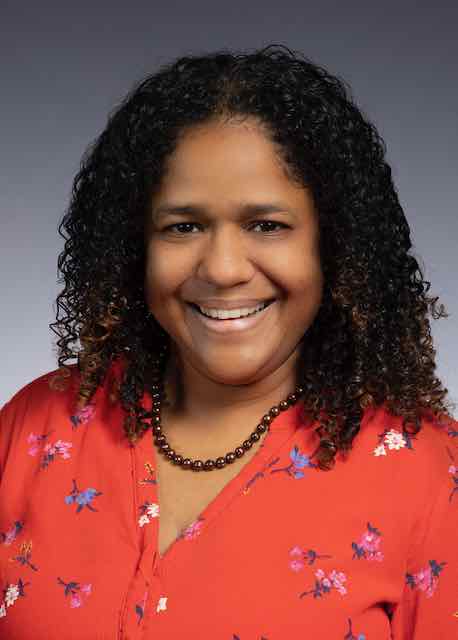 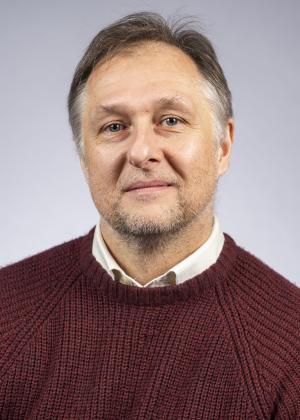 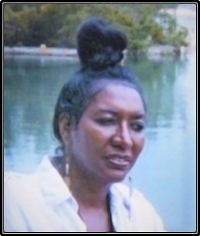 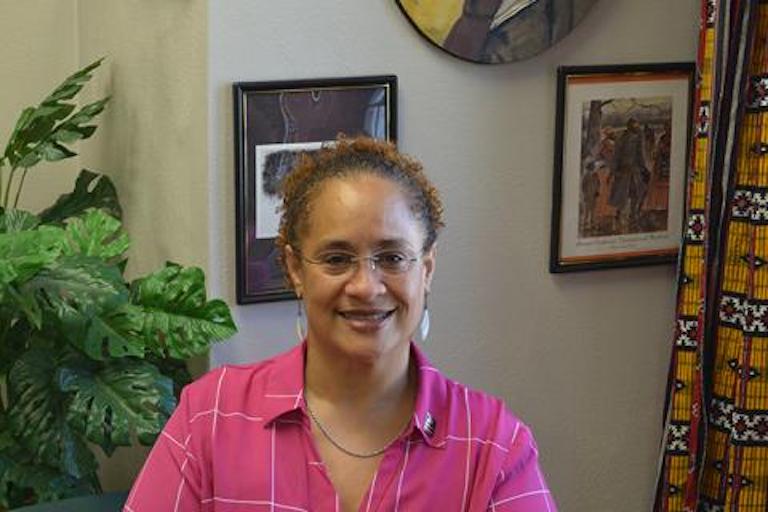 April Langley
Associate Professor Emerita (she, her, hers)
langleya@missouri.edu 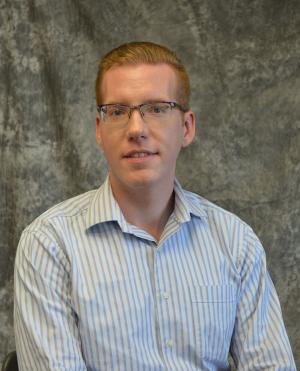 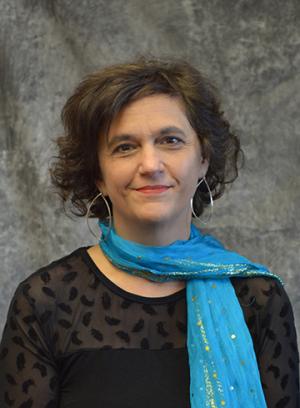 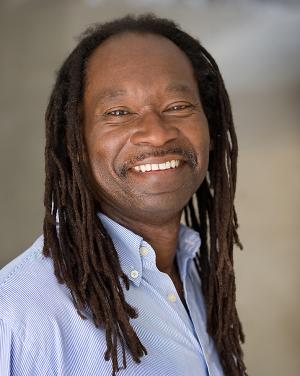