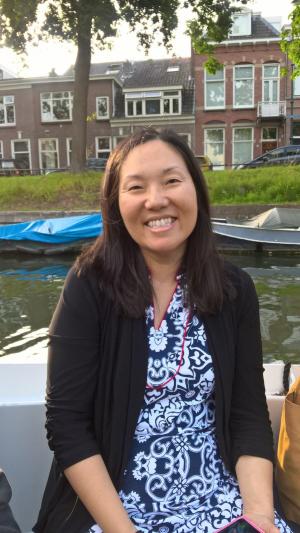 Professor Lynn Mie Itagaki has research interests in interracial ethics, comparative race studies, women of color feminism and twentieth- and twenty-first-century U.S. literature by writers of color. She recently published a book that examines the post–civil rights era in terms of the 1992 Los Angeles crisis, Civil Racism: The 1992 Los Angeles Rebellion and the Crisis of Racial Burnout, and has published articles and reviews in African American Review, Amerasia Journal, Feminist Formations, MELUS and Prose Studies. Her next book projects examine the aesthetics and politics of the media bystander in the post-9/11 era and race and economics in literature after the Great Recession. She was recently a 2018-2019 Visiting Fellow in the Programme of American Studies at Northumbria University in Newcastle-upon-Tyne, England, and a 2019 Visiting Professor for the International Research Training Group-Diversity at the Saarland University in Saarbrücken, Germany.

Professor Itagaki has recently published on "racial laundering" in 2013 Shelby County v. Holder that dismantled the 1965 Voting Rights Act and has forthcoming essays on "financial naturalism" in post-Great Recession literature, "racial pyramidization" and Karen Tei Yamashita's Tropic of Orange for a forthcoming volume in the MLA series Approaches to Teaching, critiques of multiculturalism in Volume III of the Cambridge University Press series Asian American Literature in Transition, 1965-1996, and on racial protest and Asian American cultural production for The Oxford Encyclopedia of Asian American Literature and Culture. She and her co-author Jennifer Maria Gülly (College of William and Mary) have two forthcoming articles on German pro-migrant literature and performance art in Modern Fiction Studies and Cultural Dynamics as well as two articles in Periscope: Social Text Online and philoSOPHIA: A Journal of Continental Feminism. Professor Itagaki is also the series editor for Since 1970: Studies in Contemporary America at the University of Georgia Press.

Listen to Professor Itagaki talk about civility and inequality on NPR.

“Proximal Subjects: Framing the Bystander and the Visuality of Vulnerability,” special issue “Revaluing the Human: The Moral Economy of Human Rights.” Prose Studies 38.1 (2016): 93-115.