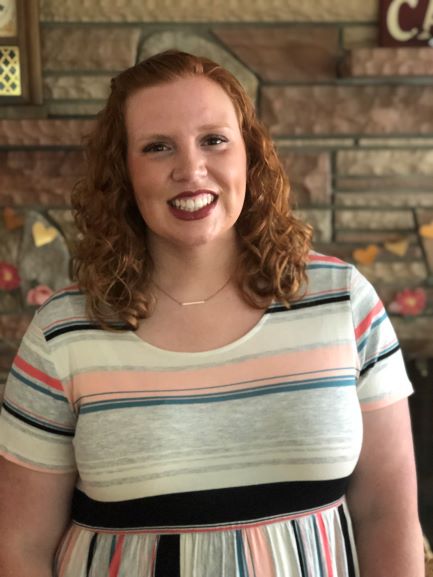 McKenzie received her Master of Arts in English with a concentration in Medieval Literature at Texas Tech University in 2018. Her master’s thesis argued elements of game and play within Chaucer’s Canterbury Tales based on the text’s presentation throughout medieval manuscripts, early print editions, and modern editions.

McKenzie Peck is a third-year PhD student at University of Missouri in English with a minor in Medieval and Renaissance Studies. She is interested in medieval literature, particularly Middle English texts, illuminated manuscripts, and game culture theory. She researches the crossover from medieval manuscripts to early print in England and how changes in the handwritten versus printed can alter the reception of the text by the audience as well as inform audiences about the text’s authors / scribes / illuminators / printers / etc. McKenzie is also interested in the junctures between illuminations and written text alongside the messages they create. Lastly, she examines areas of game and play within manuscript texts and images-- areas where the audience must participate in the "game" of the manuscript created by the author / scribe / etc.