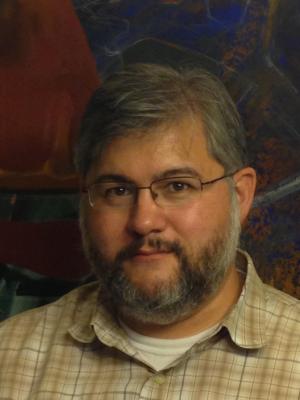 Phong Nguyen is the author of a novel, The Adventures of Joe Harper (Outpost19, 2016) and two story collections: Pages from the Textbook of Alternate History (Queen's Ferry Press, 2014) and Memory Sickness and Other Stories (Elixir Press, 2011). He is co-editor, with Dan Chaon and Norah Lind, of the book Nancy Hale: On the Life & Work of a Lost American Master (Pleiades Press/LSU Press, 2012), part of the Unsung Masters Series. He served as chief editor and fiction editor for Pleiades: Literature in Context for eleven years, during which time he published the early work of some of the most celebrated fiction-writers of the last decade: Bonnie Jo Campbell, Amina Gautier, Zachary Mason, Christine Sneed, Alexander Weinstein, Tiphanie Yanique, and many others. He has worked as chief editor for Cream City Review for three years, and as an editorial intern for The Atlantic Monthly. His own stories have appeared in more than 50 national literary journals and anthologies, including Agni, Boulevard, Chattahoochee Review, Iowa Review, Massachusetts Review, Mississippi Review, Ninth Letter, North American Review, PANK, Prairie Schooner, River Styx, and Texas Review.

He is currently working on two manuscripts: Senior Skip Day, a satirical collection of stories written in the voice of high school essays about canonical works of poetry; and The Bronze Drum, a historical novel concerning the life and myth of the Trung Sisters, of ancient Vietnam.

Pages from the Textbook of Alternate History (Queen's Ferry Press, 2014)