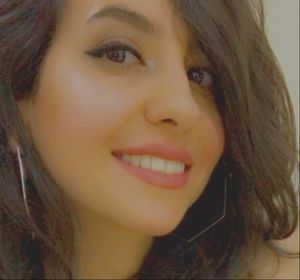 Being an Iraqi woman who grew up in a place constantly occupying the headlines, I have taken it as my mission to tell the world about the literary work of Iraqi authors, who are presenting a story about the country and its people that is more accurate and humane than the one presented in the media. In my master’s thesis, I did extensive research on the trauma of war and oppression in the Iraqi fiction of Sinan Antoon. I concluded that trauma has led to the novels’ Iraqis’ diasporic urge, confusing sense of life and death, and to the characters’ estranged perspective on life in general.

Iraqi literature is changing rapidly to reflect the political, cultural, religious, and social transformations taking place in the country. Especially interesting to me is the collapse and creation of social taboos. A study of Iraqi narrative before and after 2003 is in part a record of old and new cultural silences. The overthrow of the Iraqi governing system in 2003 gave freedom to Iraqi authors to write about what was considered taboo—e.g., atheism, the political system, historical and current religious figures, and different sexual behaviors—but established restrictions that hinder open public debate in other areas. I study the work of Iraqi novelists to name the unspeakable in a changing Iraq and to discover the stylistic forms that writers have developed to recognize, evade, and challenge taboos. I work with biography, too, for my writers’ own lived experiences with repression deeply inform their fictions.