Dr. West’s current project, An American Classic, will help mark Masterpiece’s fiftieth birthday in 2021, asking centrally how this show tells a decidedly American story or two. It provides a history of the program and its “sister-show” Mystery!, tracing Masterpiece’s evolution from 1971 to the present, charting its rise, fall, and spectacular comeback against watershed moments like the emergence of cable and digital television. The book’s ten chapters draw on a vast archive of material, from scripts and interviews to tourist brochures and cookbooks. One of its aims is a defense of the idea of “tradition” as being a vital—not always as restrictive or rebelled against—part of American life. And in this series, that tradition is British, so Dr. West’s cultural history here challenges us to reimagine “Anglophilia,” as not an empty nostalgia but as part of an ongoing project of civility that can help us live our lives better now. Dr. West writes, “One aim in writing this book is to illuminate broad cultural and historical themes. But another aim is to stimulate new—and renewed—interest in the program’s best or most talked-about shows. I’m writing this book for Masterpiece’s fans and for those waiting to become them.”

This book, and the one to follow, Charm: An American History, show how Nancy West’s career at Missouri has demonstrated a wide-ranging passion about how literature and visual culture have played a central role in American imaginative and civic life. Her first book, Kodak and the Lens of Nostalgia, looks at the history of photography by exploring Kodak’s advertising campaigns in America, which moved from an emphasis on pleasure to a focus on remembrance; in doing so, this company helped us shape the new identity that can come with the power of owning photographs. Her second, co-written with Penelope Pellizon, was Tabloid, Inc.: Crimes, Newspapers, Narratives, which chronicles the rich exchange between New York’s tabloid press and other narrative frames, including Hollywood crime film, museum exhibits, and hard-boiled fiction. Like all of Dr. West’s work, it asks us to rethink how the stories we like to hear, and the visual images we like to look at, helped shaped who we are.

You can get a further sense of Dr. West’s work in two of her articles for The Atlantic. The first is “Pictures of Death,” which examines the early history of photography and its role in commemorating the recently dead. The second, “How Victoria Aims to Connect with Young Women,” explores how the Masterpiece franchise targets specifically younger audiences. 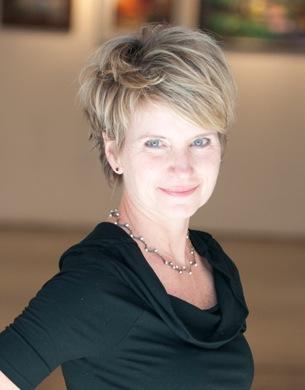