Emma Lipton, professor and chair of the English department recently wrote “Cultures of Witnessing: Law and the York Plays,” her second book that explores medieval literature. In her latest effort, Lipton focuses on the relationship between legal and theatrical concepts of witnessing in medieval literature, specifically York plays, 14th century dramatizations which featured a variety of religious themes and stories.

“Medieval urban drama features Biblical stories, so dramatic texts have been studied largely in a devotional context, but York plays are obsessed with the law,” says Lipton who made it her mission to find out why.

“Modern media, such as cell phone video, is shaping modern concepts and practices of law and justice. Like those amateur videos, the medieval Biblical theater featured in my book was performed on the streets of the city of York by amateur actors who were members of  the city’s influential guilds.”

Lipton is now hard at work on her third book, focusing her research efforts on the relationships between culinary, alchemical, and medicinal recipes during the Middle Ages.

“This book will move beyond a lingering privileging of textuality in the “New Formalism” by drawing attention to recipes as instructions for action,” says Lipton whose research will focus on the formal elements of recipes staged in medieval plays. She will explore culinary culture and its use as a marker of cultural identity that is in tension with a well-documented global trade in spices and other ingredients often depicted in medieval literature, and with the circulation of recipes between cultures.

In her first book, “Affections of the Mind: The Politics of Sacramental Marriage in Late Medieval English Literature,” Lipton examined the social and religious politics of marriage in the works of Geoffrey Chaucer, John Gower, and Margery Kempe and in the N-Town Mary Plays.

More information about Lipton’s latest book can be found on the Penn Press website: https://site.pennpress.org/mla-2022/9780812253856/cultures-of-witnessing. 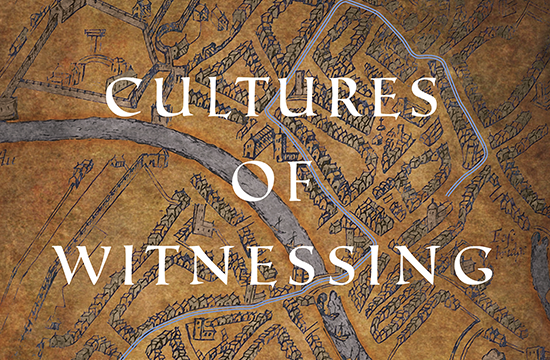