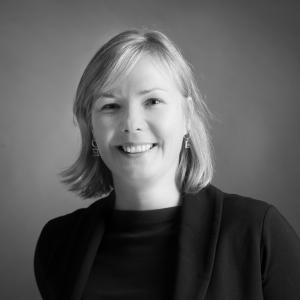 Julija Šukys is a writer of creative nonfiction. She is the author, most recently, of Siberian Exile: Blood, War, and a Granddaughter's Reckoning, winner of the 2018 Vine Award for Non-fiction & the 2018 AABS Book Prize; Epistolophilia: Writing the Life of Ona Šimaitė, winner of the 2013 Helen and Stan Vine Canadian Jewish Book Award for Holocaust Literature; and Silence is Death: The Life and Work of Tahar Djaout. Šukys is also the Director of the Missouri Audio Project and a Senior Editor at Assay: A Journal of Nonfiction Studies.

Silence is Death: The Life and Work of Tahar Djaout, University of Nebraska Press, 2007.

“And I burned with shame”: The Testimony of Ona Šimaitė, Righteous Among the Nations. A Letter to Isaac N. Steinberg. Search and Research 10. Ed. Dan Michman. Trans. of archival documents from Russian, with an introduction. Jerusalem: Yad Vashem, 2007.

“There Be Monsters” Passages North. A "Notable" in Best American Essays, 2018. This essay contemplates an archival map and what it means to be descended from an accused war criminal.

“In Praise of Slim Volumes: Big Book, Big Evil,” Assay. An essay that examines and reads very short books of nonfiction or the book-length essay.

“Pregnant Pause: On Šimaitė, Archives,Writing and Motherhood,” Feminist Formations. This piece tells of a love triangle of sorts between a mother, her baby, and her biographical subject. It ponders the riddle of how to be both a mother and a writer.